Today I found myself curious about flash floods. As FLOW-3D users already know we usually do very well for extreme event modeling, complex free surfaces, etc. Oddly enough the first question was, could we model precipitation? Historically our code hasn't particularly been used for flood plain/watershed type problems. I presume mostly because 2D solutions work just fine for the most part, and so I took a morning out of my week to sort this out, the result I thought was exhilarating! In the case of flash floods my conclusion is we do it very well (and are very effective computationally).

The two main models used here are the mass source and the porous media models.

The way this simulation is set up is that we have a topography with an upper layer which is a porous media, this layer overlaps a bedrock which is impermeable. In addition the upper layer is defined as a source of fluid on its upper surface. In this simulation I am modeling a flash flood with intense precipitations lasting 180 minutes. The lower layer is bedrock, and as expected initially, the flow is governed by both seepage into the upper, permeable layer and the usual advection/Navier Stokes behaviors. Once the permeable layer is saturated, we start seeing more of the surface water dynamics, which in turn turn lead to torrential flows down in the lower elevations of the canyons.

Valuable, actionable information is easily visualized as a result of the effort. In this case we simulated two situations concurrently: the run-off and subsequent torrent formed in a canyon (to the right of the domain), and the run-off from mini-canyons into an adjacent pre-existing body of water (to the left of the domain).

The precipitation map can be fully defined both spatially and temporally across the entire domain, and porous behaviors can be modeled both for saturated and un-saturated media.

Here is the animation of the event:

You can also view the video on youtube here.

Finally it's very interesting to look at the time series of water depth located at a probe placed near the lower end (elevation wise) where I was expecting to see the great volume flow and water pooling. Initially, while the porous layer is actively absorbing water, we see no surface water pooling. Then once the layer becomes saturated, we observe a rapid increase in water depth, until we finally observe the steady state balance between the influx of precipitation and the outflow via the torrent. 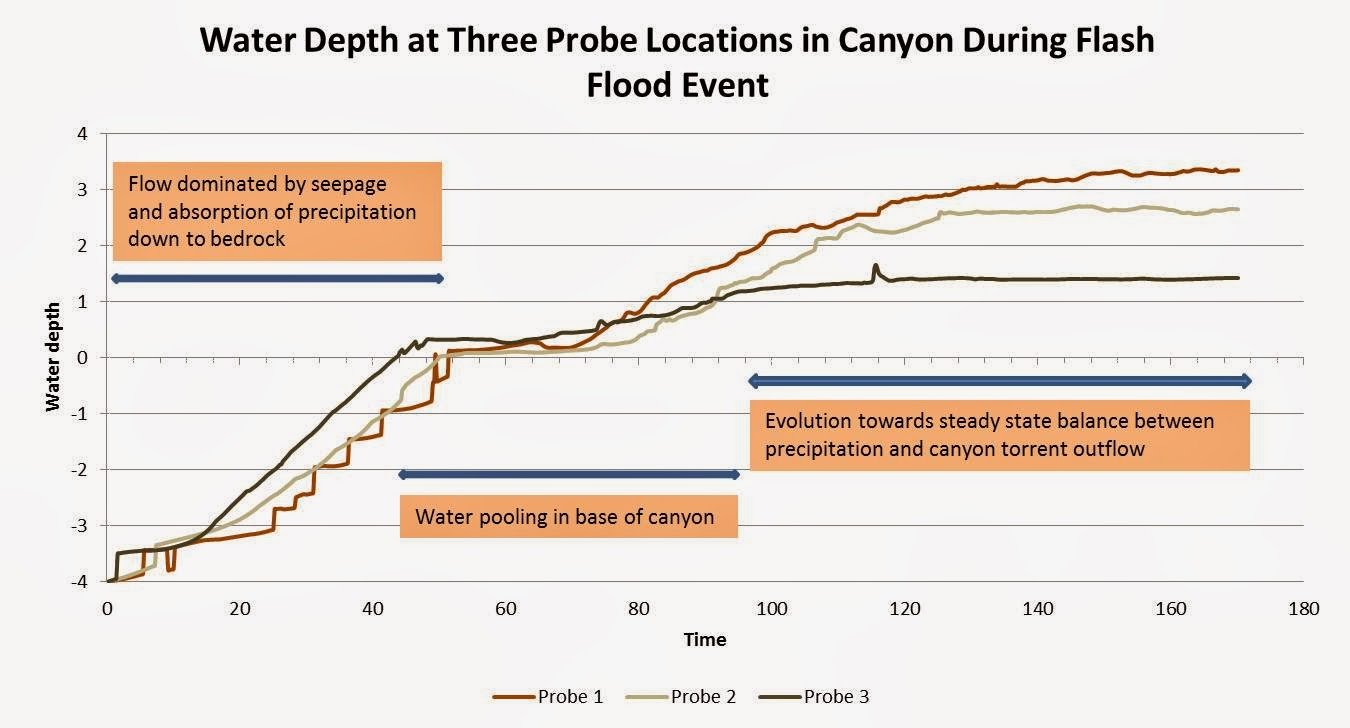 Finally I note that you can be a lot more sophisticated with the mapping of the precipitation rates by simply tiling your domain into various sub-components (they can be of arbitrary shape by the way): 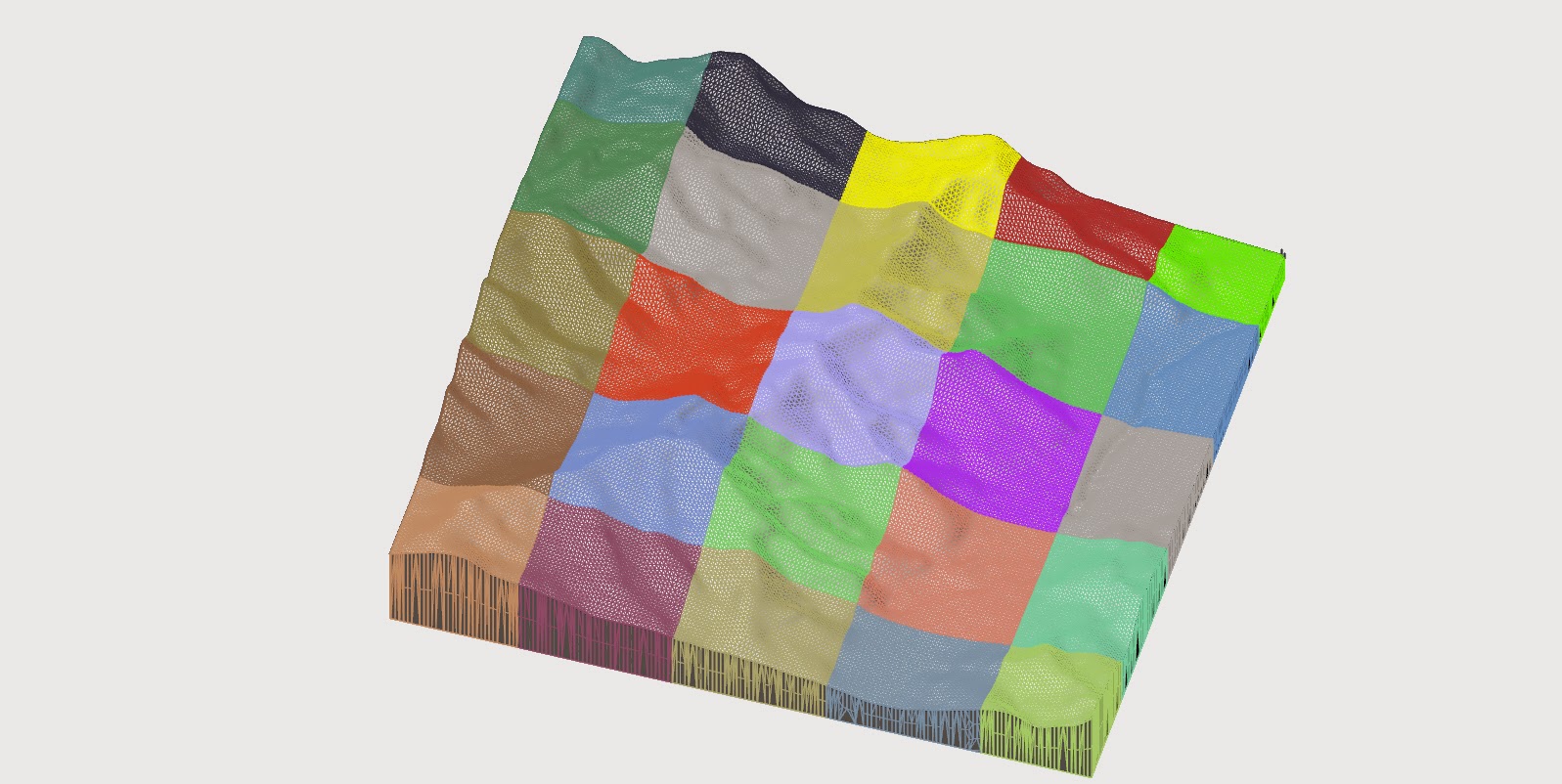 Cheers all, don't forget to sign-up for email updates (top right of this page) if you want to be notified of future posts!

*All simulations post-processed with FlowSight, coming soon in FLOW-3D v11