In my last post, I talked about the new developments in FlowSightTM that provide a better connection between simulation setup and post-processing in relation to visualizing geometry features. Continuing the theme, I will discuss the improvements to volume rendering and the new case linking features in FlowSight.

Volume rendering is a very powerful way of looking at simulation results. However, it is computationally intensive as it directly displays 3D volume data as a pixel map instead of drawing a surface by creating polygons or triangles.  This computational burden can be reduced in FlowSight using a new feature called Stencil. Another improvement, Filters, provide the ability to create a volume render that only shows a specified region. I will explain more about how you can use these features to improve your workflow in the following sections.

Stencils control the resolution of a volume render. The default value of the stencil is 1 in all the directions, which means that all mesh cells will be used. Increasing the stencil size coarsens the volume rendering, reducing the time to create the rendering and providing comparable visualization depending on the original mesh resolution. Stencils can only be set during their creation and cannot be modified later. A comparison of two volume renderings with different stencil sizes is shown below followed by a table that shows performance improvements as the stencil size varies. 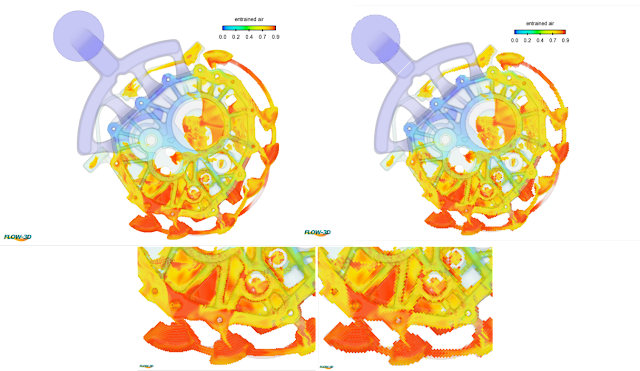 The Filters option allows the user to define the region where a volume render should be created. Using Filters, the user can specify to create a volume render only in Fluid 1 or only in the Solid region. There are seven predefined filter options shown below. The options include 6 surfaces: fluid 1, void, solid volume, open volume, liquid fluid, solidified fluid and auto. This last is the default option, and it selects the filter based on color by variable.

In addition, FlowSight allows the user to create up to five custom filters (shown below) that work in combination of and /or logical operators. 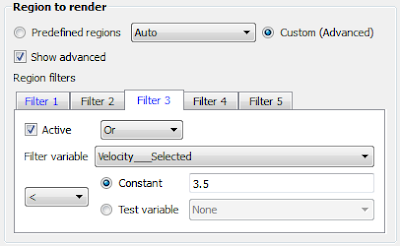 Volume render comparison with(right) and without (left) filter. Fluid-1 has been chosen for filtering. 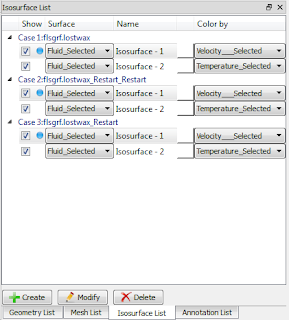 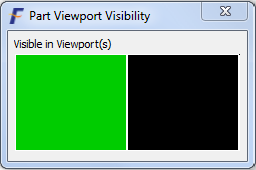 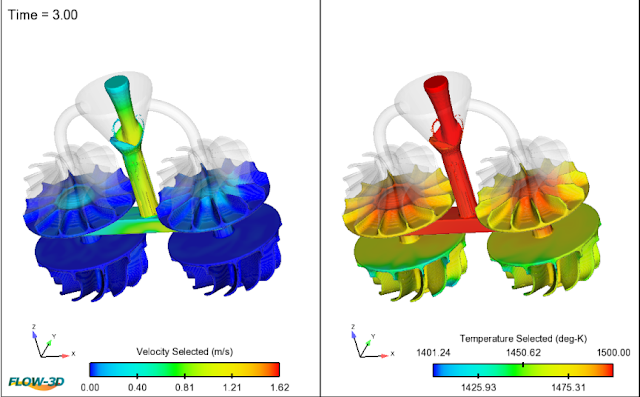 This post focused on reducing the computational burden while creating volume renders and linking multiple simulations to create a single seamless animation. In my next post, I will talk about the improved Preferences option in FlowSight.