In this final post in the series of Flow Science’s 35th anniversary simulation contest, I will talk about a case study simulating a part of a microfluidic circuit – pneumatic latching valve. These devices are a relatively new industry application that Flow Science is exploring, in the context of a broader exploration of the use of CFD in microfluidics applications, and results have been very encouraging.

There have been recent developments in the field of microfluidic circuit devices, also called Lab-on-a chip. These circuits are used in biological sciences to transport matter from one place to another, or to perform hundreds of assays in parallel, based on certain logic. Hence these circuits are also known as microfluidic logic circuits. Analogous to an electronic circuit, the fluid runs through channels and is driven by pressure differentials (as opposed to the traditional potential/voltage differentials in an electronic circuit). Combinations of valves and the application of correct pressures forms logic gates like AND, OR, XNOR, etc. Eventually the combination of these logic gates forms a microprocessor chip that can be used as a positive edge detector, toggle, clock, demultiplexer, etc. One such example of a 4-bit microfluidic demultiplexer is shown in Figure 1. The demultiplexer has 16 (4-bit implies 16 possible combinations or outputs) pneumatic valves that work in parallel to attain a desired output. Therefore, understanding these latching valves is central to the correct operation of the circuit. CFD simulations can play a vital role in reducing costs by testing the design of these types of circuits before fabrication. 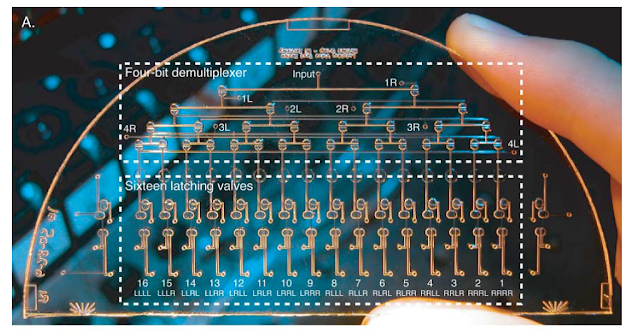 Figure 1. A microfluidic 4-bit demultiplexer for routing pressures and vacuum pulses. Inside the red box is a single latching valve that will be simulated in FLOW-3D.

Figure 2. The 7 stages of latching valve system as it evolves from closed to latched open to closed again. NC means not connected* 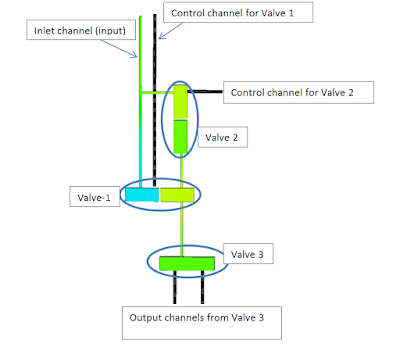 Figure 3. Setup of the latching valve system (currently in stage-7) in FLOW-3D. 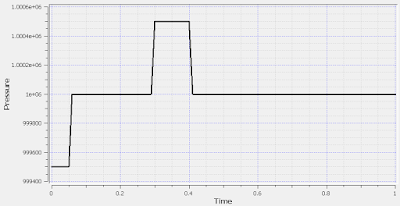 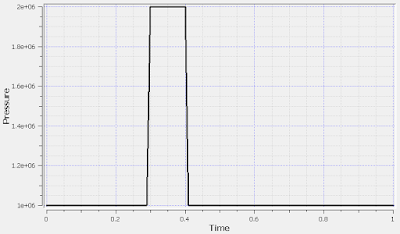 Stages 3-7 were simulated using FLOW-3D and the results post-processed in FlowSight. The latching mechanism has been accurately simulated, as shown in the reference paper, by starting at the  open stage (stage 3) and ending at the closed (stage 7) stage. Pressure pulses in the inlet channel are 500 Pa, positive or negative and the pulses span over 50 milliseconds. Water is used as the fluid, and compressibility of water is used to allow some propagation time for the pressures in the system. Opening and closing of the individual valves can be seen in top three viewports of the animation below. The simulation below shows the evolution of the system from stages 3-7.

Watch on YouTube
Simulation of a pneumatic latching valve used in microfluidic demultiplexer. The animation starts at stage 3 – the open stage, and finally evolves to stage 7 – the closed stage.

An accurate simulation of the working of the pneumatic latching valve can help designers reduce the cost of trials and errors in the design phase, ensuring that the best design goes to the fabrication stage. Notice that in the final stage, the valves are in a closed state and would remain so for a certain period of time, in spite of the absence of external pressures through control channels.

In the upcoming post I will talk about our new optimization and parametric study capabilities using CAESES, an optimization software by Friendship Systems.